Why did the early USA have so many Southern Presidents, if they thought slavery was so bad?  Why did the Northern and Southern economy look so different?  And why were there so many, MANY more Northern railroads during the Civil War?

Whose flag are you fighting under?

Oh, that’s a little to similar to distinguish between friend and foe when the muskets are raising smoke and the cannons are shredding your comrades, in addition to raising even more smoke. So here’s the

Battle Flag of the Army of Northern Virginia:

Later adopted by many other states, leading to the name 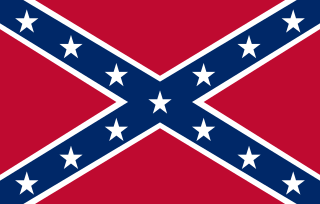 Railroads Are the BEST